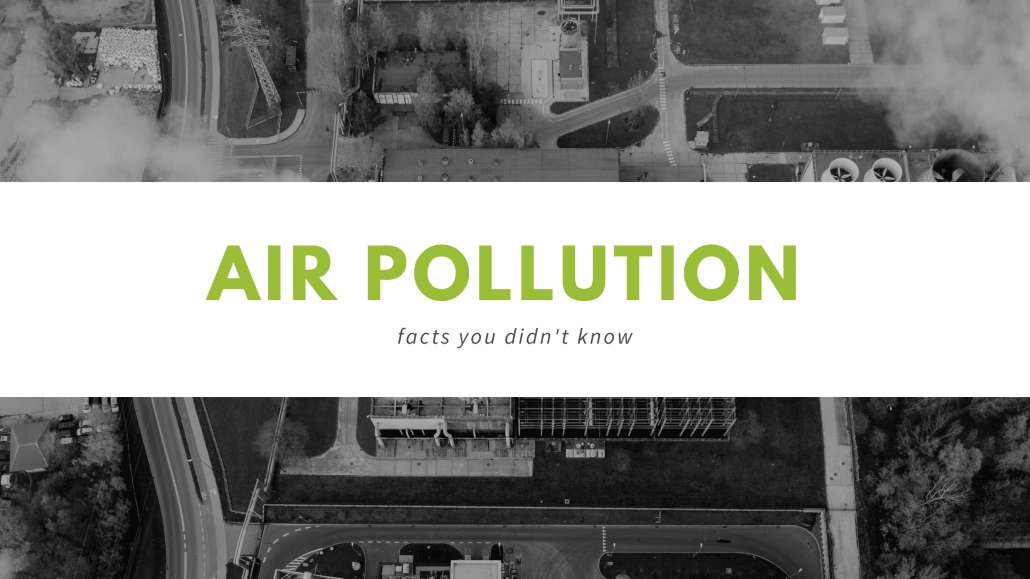 This October 2020 is International Walk to School Month, an initiative to encourage children to exercise more often and make the world a greener place. To mark the occasion, we have put together 8 facts about the damaging effects of air pollution. We’ve also got some information about what you can do to help, including walking to school! 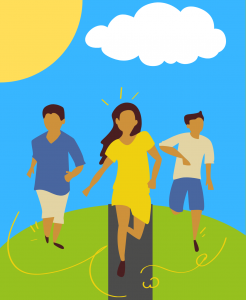 1. Air pollution is one of the UK’s (and the world’s) biggest killers

Breathing in dirty air can increase the risk of heart disease and stroke. It worsens asthma symptoms and can even cause lung cancer. Moreover, millions of premature deaths each year are linked to air pollution.

The UK government has announced plans to phase out diesel and petrol cars by 2030 (2035 for hybrid vehicles). However, the high costs of electric vehicles will need to be reduced for this plan to work in favour of the average consumer.

2. Children are most vulnerable to air pollution

Contaminated air affects us all but particularly damages children’s lung development. It also makes existing respiratory and cardiovascular conditions worse, particularly in older people. Furthermore, the poorest people in our society tend to live near main roads where the pollution is worst and suffer more.

Pedestrians and cyclists are often exposed to less air pollution than people in vehicles, especially when using backstreets, so maybe it’s time to walk or cycle to school this October.

Fine particle air pollution is responsible for 29,000 early deaths a year. The effect of the toxic gas nitrogen dioxide (NO2) brings the figure up to 36,000 a year, according to the government’s Committee on the Medical Effects of Air Pollutants.

This links heavily to facts 1 and 2, as air pollution worsens pre-existing conditions and affects children’s development.

4. Sitting inside a car can be more dangerous for your health

Being sat inside a car may not protect you from pollution. In fact, you can be exposed to harmful particles almost 8 times as much as a cyclist.

When driving in heavy traffic, use the recycled-air setting on your fan so your car does not draw in harmful fumes. If possible, walk or cycle to your destinations to further reduce the risks of air pollution.

EU rules say monitoring stations must not record very high levels of nitrogen dioxide more than 18 times a year. However, Brixton Road in London exceeded this limit for the 19th time on 5th January 2017, breaking its annual air pollution limit in just 5 days.

The high concentration of air pollution in London is very concerning. In a survey of the world’s most liveable cities in 2014, London came 38th because of air pollution and high volumes of traffic.

The World Health Organisation has declared outdoor air pollution, including particulate matter and diesel exhaust, carcinogenic to humans and in the strongest class (Group 1). That is the same class as tobacco.

It puts a greater strain on our health services and results in worse productivity due to ill-health.

However, green initiatives could actually benefit businesses as there would be less congestion and pollution, making cities more appealing.

8. There’s been a 26-fold increase in electric cars in the UK in the past 4 years

Tax incentives for low and zero emission cars are an essential part of the solution to reduce dirty air. However, massive investment in clean public transport and better integrated walking and cycling routes is required in order to help people get out of their cars altogether.

In the past 4 years, the number of registered electric cars in the UK has increased by around 2,600%, which is promising. 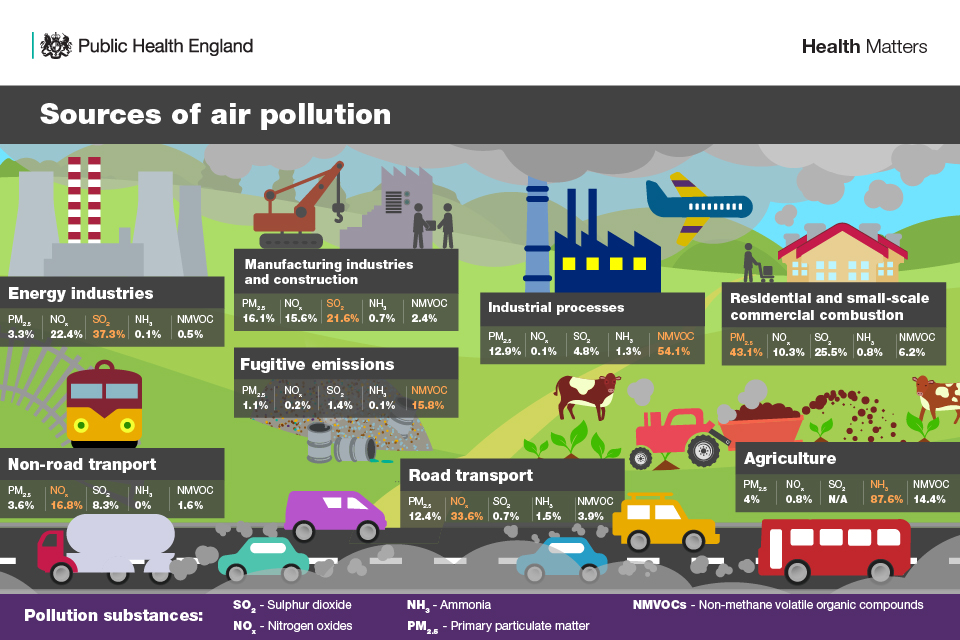 What Can You Do?

Exercise in the morning

The best time to run, walk or jog is first thing in the morning, before the day’s traffic affects air quality. If you can, try to exercise in green leafy spaces like parks. It will make a big difference – joggers inhale more pollution than those walking the same distance.

Organised by Living Streets, the Five-day Walking Challenge for primary schools is an exciting week-long activity created to help pupils experience the importance of walking to school. Each pupil is challenged to walk or cycle to school every day for one week. Living Streets have an interactive wallchart and stickers for children to log journeys.

Reduce the number of trips you take in your car

Two thirds of all UK car journeys are under 5 miles. If you can, opt for public transport, cycle, walk, or carpool to school to reduce the number of short-distance trips contributing to air pollution.

Our homes are vulnerable to noxious gases which can build up over time. Readily available houseplants can help filter some harmful compounds out. Helpful plants include: peace lilies, English ivy, cornstalk dracaena, and broadleaf lady palm.