As countries around the world aim to become carbon-neutral, read on to find out who the biggest contributors to climate change are.

Carbon dioxide (CO2) is a naturally-occurring greenhouse gas that is not harmful in small doses. However, an excessive amount of CO2 can disrupt the Earth’s natural regulation of temperature and contributes towards global warming.

Man-made technological advancements and industrialisation are huge causes of excess CO2 in our atmosphere. In particular, sources of energy (heat and electricity) have historically relied on the extraction of fossil fuels. In combination with large-scale deforestation, the Earth struggles to regulate the amount of CO2 in our atmosphere.

Fossil fuels such as coal, crude oil, and natural gases are non-renewable and the constant extraction of these natural elements will eventually deplete the Earth’s resources. These methods of energy power around 80% of the world (2019), with some nations bearing more responsibility for carbon emissions than others.

However, many countries have vowed to become carbon-neutral in the near-future, with Britain aiming to reach net zero by 2050 whilst China recently announced their target of becoming carbon-neutral by 2060. This is an ambitious goal when you consider China’s contributions to the world’s excess CO2. 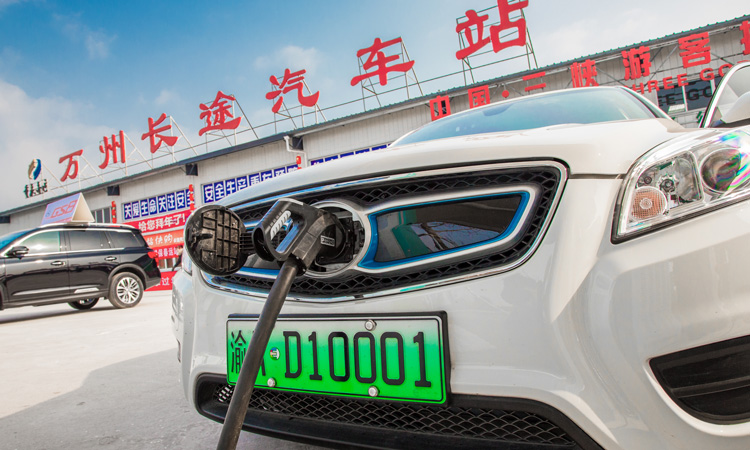 China is the world’s largest emitter of CO2, registering 10.06 billion metric tons of the gas in 2018. About 58% of China’s total energy output comes from burning coal, a fossil fuel rich in carbon, which is the primary cause of China’s extremely high CO2 emissions.

To put this into perspective, China produces 28% of the world’s CO2 – that’s more than the total CO2 emissions of 177 countries combined. However, China plans to reduce its reliance on coal power and is instead adopting carbon-neutral policies focussed on using renewable energy sources.

Coming in at second place is the United States of America, which produced approximately 5.41 billion metric tons of CO2 in 2018 and is responsible for 15% of the world’s shared CO2 emissions. The largest causes of these emissions are power generation and transportation.

Even though the United States has reduced its reliance on coal, it has become the world’s largest producer of crude oil. This, combined with the heavy dependence on gasoline and diesel-based methods of transportation across the country’s vast land mass and President Donald Trump’s scaling back of renewable energy policies, means that the carbon footprint of the U.S. remains high.

India produced around 2.65 billion metric tons of CO2 in 2018. As India began its journey towards mass urbanisation and industrialisation, the consumption of fossil fuels such as coal increased exponentially.

The abundance of coal mines in India means that coal is readily available and cheaper than imported fuels such as oil and gas. As a result of this, coal as a source of electricity in India rose from 68% in 1992 to 75% in 2015 and there doesn’t seem to be any signs of a transition to renewable energy policies within the Indian Government.

Fourth on the list is Russia, which doesn’t come as much of a surprise for the largest country in the world. Russia produced 1.71 billion metric tons of CO2 in 2018 and, as Russia contains one of the world’s largest natural gas deposits, the country relies heavily on carbon-emitting natural gas as its primary source of energy.

Additionally, coal is widely used in chemical and other raw material industries in Russia and for power generation, producing further CO2 emissions.

Rounding things off at number five is Japan, which produced 1.16 billion metric tons of CO2 in 2018. Japan depends on burning fossil fuels such as natural gas and coal to generate electricity for its large population and industries.

Furthermore, after the Fukushima Daiichi nuclear disaster in 2011 and the subsequent shutdown of nuclear reactors, Japan’s reliance on fossil fuels continues to rise. Whilst the reopening of power plants in Japan would offset the amount of carbon emissions produced by the country, this is also not a renewable option.

Although China is the biggest culprit when it comes to the world’s overall shared carbon emissions, they are also taking the most drastic action to combat global warming. Besides the United States, which has gained a renewed sense of optimism in their climate change policies with the predicted election of Joe Biden as President, the rest of the countries on this list do not seem to be heading for renewable energy policies to offset their contributions to excess CO2 in our atmosphere.

However, if countries such as China and the UK follow through on their promises to reach net zero within the next 30-40 years, the world could still become a much greener place.