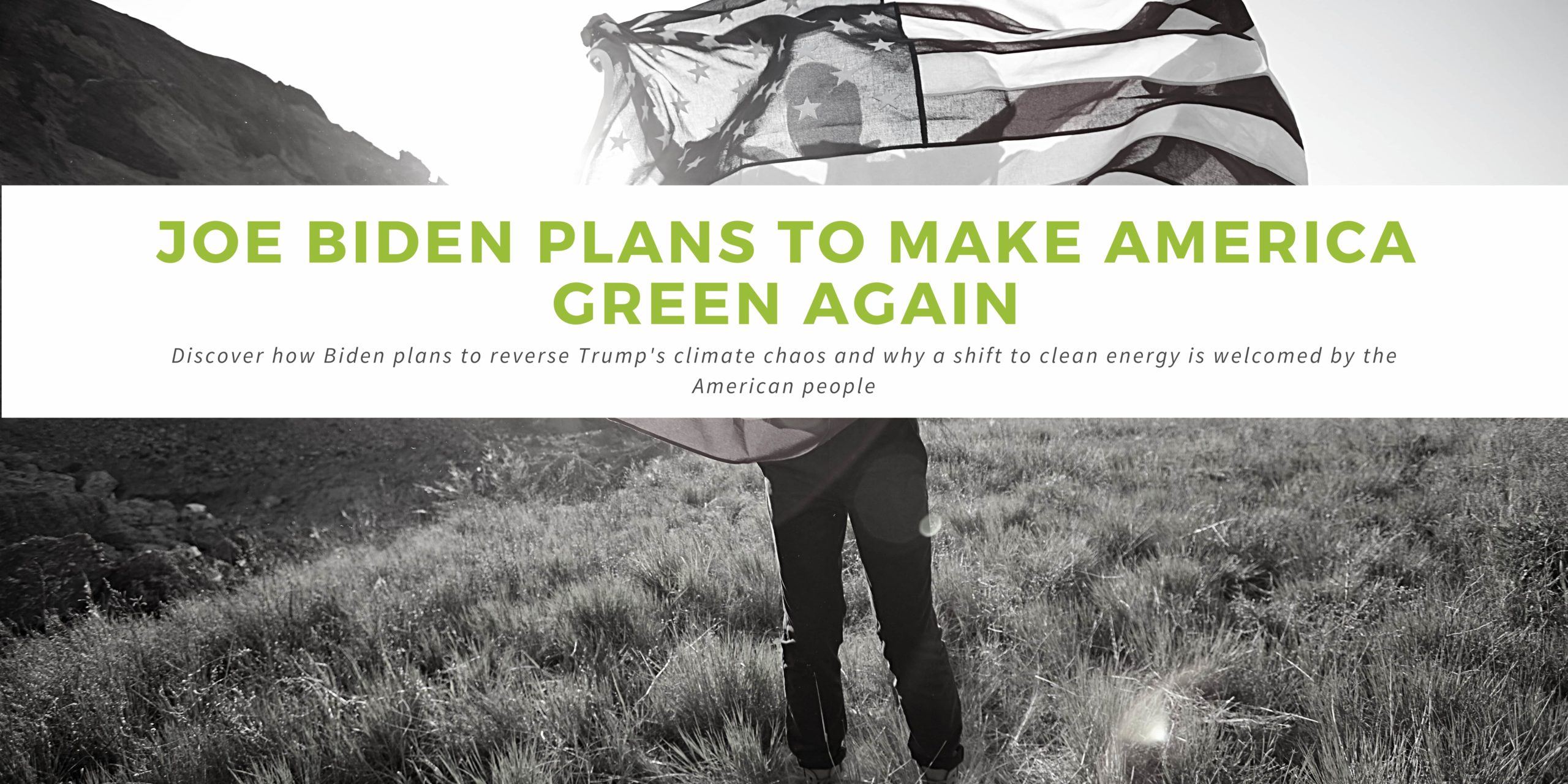 With Joe Biden becoming the new president elect, read on to find out how he plans to tackle climate change with renewable energy.

Clean energy and climate change have received unprecedented levels of attention in the 2020 U.S. presidential election between Donald Trump and Joe Biden. With Biden’s white house win, he now must make plans to follow through with his shift to clean energy. Biden focused a large portion of his presidential campaign appealing to young voters about climate change, and that he understands the urgency of the matter. Proposing a $2 trillion plan over 4 years to boost renewables and create incentives for more energy efficient cars, homes and commercial buildings.

Biden has repeatedly flagged climate change as one of the central crises facing the country, along with the coronavirus pandemic, the struggling economy and racial injustice. In comparison to Trump who dismissed the science behind climate change, rolled back scores of Obama-era environmental protections, announced US withdrawal from the Paris Agreement, and heavily promoted fossils fuels linked to rising temperatures; Biden has successfully distinguished himself from the former president.

Donald Trump has notoriously called climate change “mythical”, “non-existent”, or “an expensive hoax”, but his belief is contrary of the American people who are getting increasingly worried about the global climate. Nearly two-thirds of Americans believe the federal government should act more aggressively to combat climate change.

With Donald Trump being an ally for the oil, gas and coal industry, he has previously relaxed regulations on the fossil fuel industry, pushed for more drilling and had no interest in carbon taxes. However, a 2020 Pew Research Centre study found that 79% of Americans want to put less emphasis on traditional fossil fuels and more on renewable energy sources. Meaning the majority of American’s agree with Biden’s vision that the future of American energy should be renewable energy, and transition away from oil. 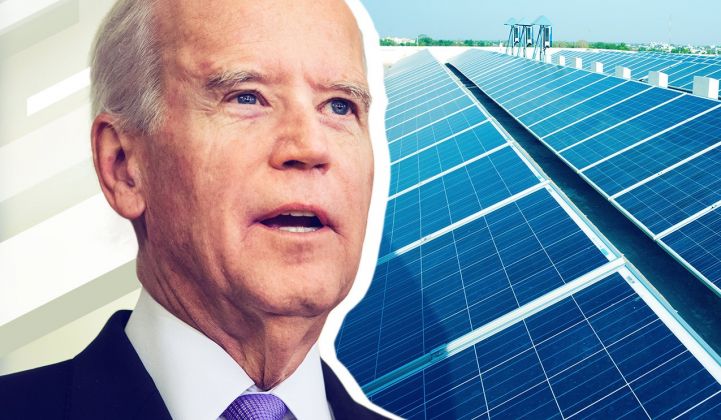 Joe Biden’s step in the right direction for clean energy

With the United States of America being the second largest emitter of carbon dioxide in 2018, it is imperative that the country makes a U-turn by restoring the more than 125 rules that Trump has reversed or weakened. Biden’s $2tril clean energy plan will see the country running on 100% clean electricity by 2035 and to net-zero carbon emissions by 2050.

The American renewable energy sector has cheered and declared the election historic and one that would create the clean energy future that Americans want, and scientist say we need. Transitioning to renewable power provides both climate protection and economic prosperity. Assisting America’s economic recovery is more than $60 billion in annual investment for renewable energy, providing two of the fastest growing job categories; wind turbine technicians and solar power installers.

Biden has campaigned to develop the nation’s infrastructure with an emphasis on the energy sector; from roads, water pipelines, broadband connections – and the power grid. USA’s existing energy systems is severally unprepared to transition to a green grid, as there are only three separate regional electric grids that exchange very little power. Being able to share power across the country is very important because of the difference in climate across the entire United States.

The grid’s power is generated at central sites and sent through distribution lines to end users via a one-way model. Renewable energy generation facilities, such as solar and wind, are more widely distributed and can feed into the main energy grids, and small-scale installations can be plugged directly into homes. This means excess power coming into the grid from solar and wind sources represent a supply of excess energy, which be redirected through the grid where it is needed most.

With the price of solar and wind power continuing to drop and the coal industry shrinking, it makes perfect sense to accelerate the development of domestic wind and solar industries. In May alone, renewable energy sources hit an all-time high, accounting for more than 25.3% of the nation’s net electrical generation. To encourage Americans to opt for renewable energy, Joe Biden has proposed extending clean energy tax credits, as well as installing millions of solar panels and thousands of onshore wind turbines in his first term.

With Americans increasingly connecting the natural disasters they’re experiencing in real time with climate change, it’s imperative that the U.S. to catch-up with the rest of the world with their efforts to reducing their carbon emissions. And Joe Biden’s victory hopefully signifies new day for climate, the environment and the American people.