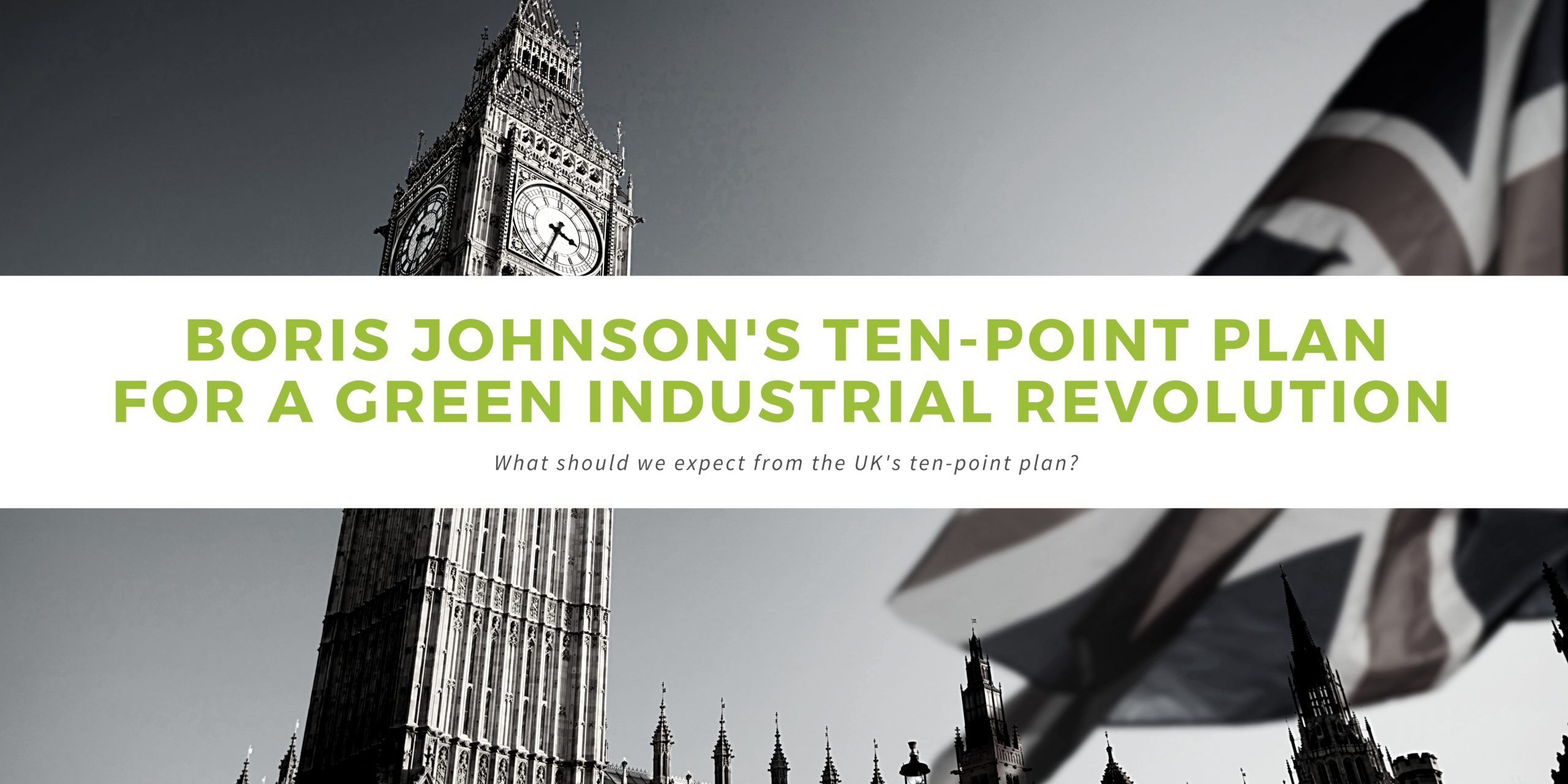 What should we expect in the Uk’s Ten-Point Plan? Read on to find out what Boris has planned for the next 10 years.

Today Boris Johnson set out his ten-point plan for a green industrial revolution which will create and support up to 250,000 green jobs. The Prime Minister’s blueprint comes in time for the crucial run up to the COP26 climate summit in Glasgow next year, and covers clean energy, transport, nature and innovative technologies.

The plan aims to eradicate the UK’s contribution to climate change by 2050, with a proposed £12 billion to help bring in three times as much investment from the private sector by 2030. 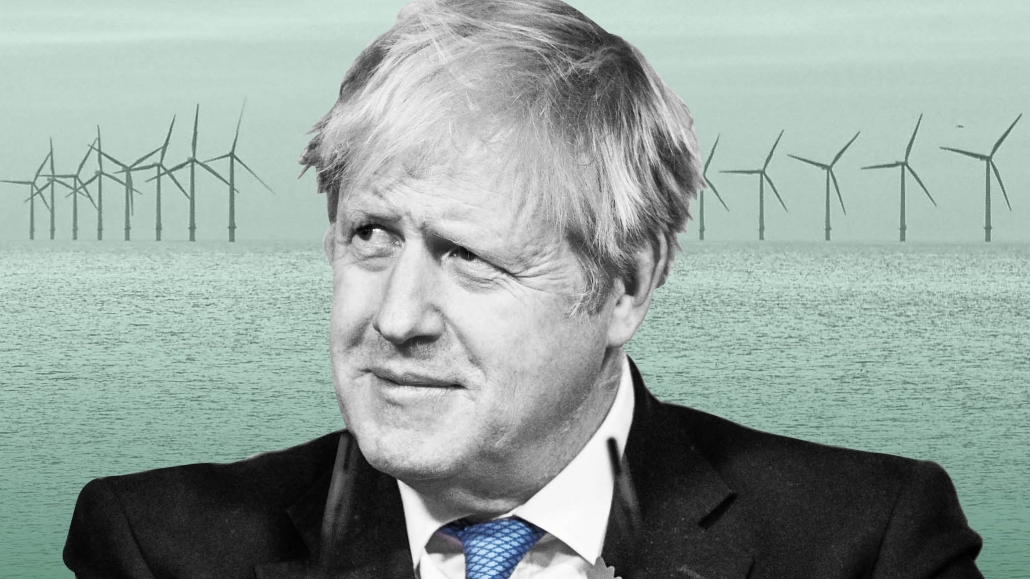 2. Hydrogen: The UK will generate 5GW of low carbon hydrogen production capacity by 2030. Up to £500 million will be invested to create a ‘hydrogen neighbourhood’ planned for 2023, a ‘hydrogen village’ by 2025, and to create the first town running entirely on hydrogen by 2030.

3. Nuclear: Although nuclear is often painted as a dangerous source of energy due to some high-profile incidents, the technology could play a crucial role in balancing Britain’s electricity grid. Boris plans to advance the technology as a clean energy source, across large-scale nuclear as well as develop the next generation of small and advanced reactors, which could support 10,000 jobs.

6. Jet Zero and greener maritime: Aviation is responsible for 12% of carbon dioxide emissions from all transports sources. The UK plans to support the ‘difficult-to-decarbonise industries’ to become greener through research projects for zero-emissions planes and ships.

7. Homes and public buildings: The government proposes to make homes, schools and hospitals greener, warmer and more efficient. This process will create 50,000 jobs by 2030, and a target to install 600,000 heat pumps every year by 2028. A total of £1 billion will go towards making new and existing homes and public buildings more efficient, extending the Green Homes Grant voucher scheme by a year. Furthermore, it will aim to install 600,000 heat pumps a year by 2028.

8. Carbon capture: Hoping to become a world leader in technology to capture and store harmful emissions away from the atmosphere, with a target to remove 10 million tonnes of carbon dioxide by 2030, which is equivalent to all emissions of the industrial Humber today.

9. Nature: The Prime Minister has pledged to project and restores its natural environment by planting 30,000 hectares of trees every year, while creating and retaining thousands of jobs.

10. Innovations and finance: The UK will make the city of London the global centre of green finance, developing cutting-edge technologies needed to reach these new energy ambitions.

A word from the Prime Minister

Prime Minister Boris Johnson said “Although this year has taken a very different path to the one we expected, I haven’t lost sight of our ambitious plans to level up across the country. My Ten Point Plan will create, support and protect hundreds of thousands of green jobs, whilst making strides towards net zero by 2050.”

He continues “Our green industrial revolution will be powered by the wind turbines of Scotland and the North East, propelled by the electric vehicles made in the Midlands and advanced by the latest technologies developed in Wales, so we can look ahead to a more prosperous, greener future.”