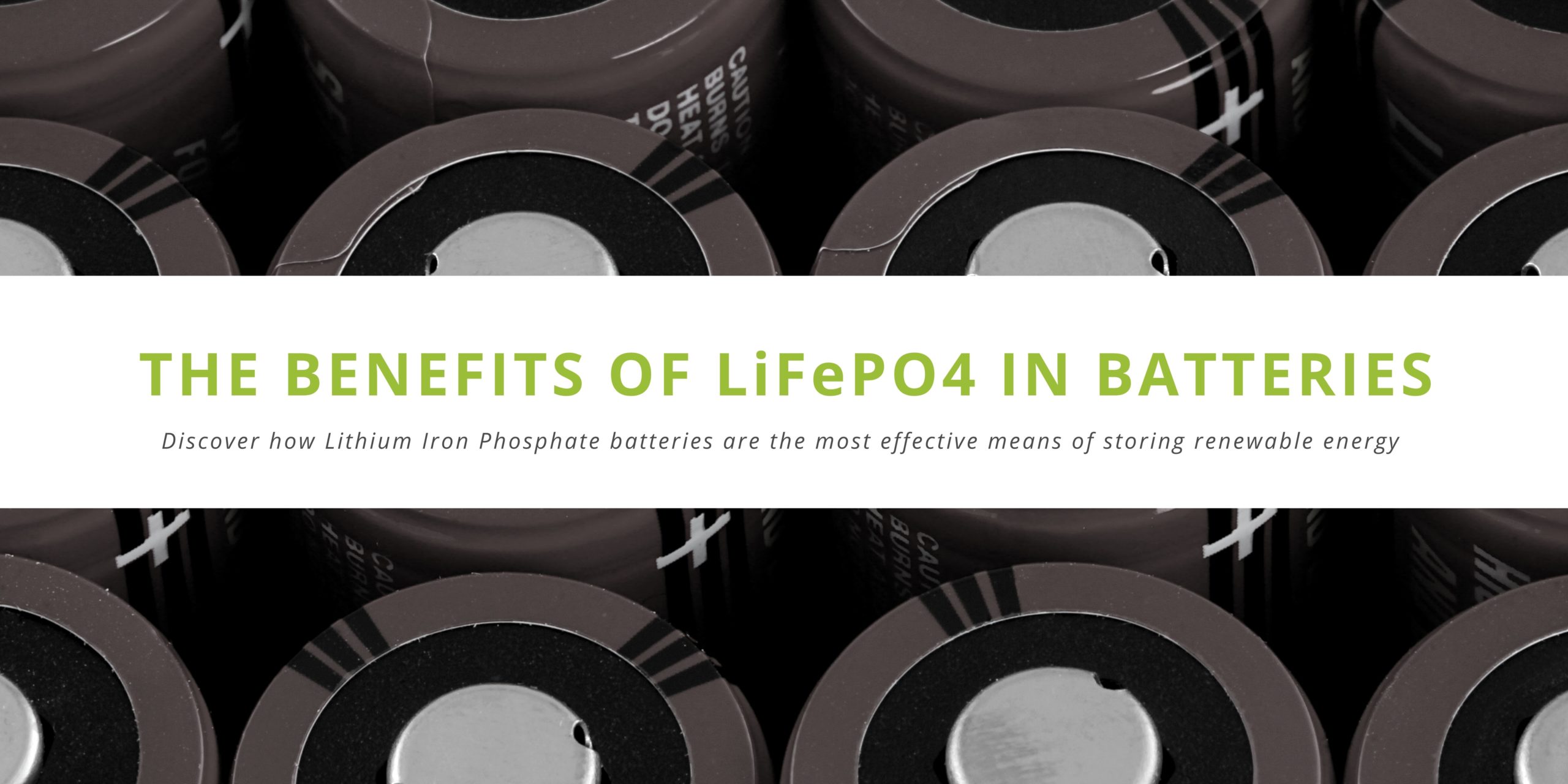 The Benefits of LiFePO4 in Batteries

Lithium iron phosphate batteries offer lots of benefits compared to other lithium batteries. Consider the following when choosing LiFePO4 for your energy needs.

What are LiFePO4 batteries?

A Lithium Iron Phosphate (LiFePO4) battery is a type of rechargeable Lithium Ion polymer battery that uses iron as the cathode material, rather than the more hazardous Cobalt or Nickel (LiCoO2), and a graphitic carbon electrode with a metallic backing as the anode. This common battery is prone to thermal runaway if the battery is accidentally overcharged. As a result, the LiCoO2 battery can set itself on fire, as cobalt burns hot and fast.

Lithium Iron Phosphate is known as a safer chemistry combination for batteries when compared with traditional Lithium Ion batteries (LiCoO2). LiFePO4 have a slightly lower energy density but are not prone to self-combustion, making them more stable.

LiFePO4 batteries are used in a variety of renewable energy technologies and have a number of advantages over their older LiCoO2 counterparts.

Traditional Lithium Ion batteries use Cobalt inside of them which is an expensive rare-earth material but, more importantly, Cobalt reacts with Oxygen in the air to cause thermal runaway which leads to a fire.

In comparison, LiFePO4 batteries remain cool at room temperature due to their superior thermal and chemical stability, and are made of a non-toxic material.

LiFePO4 batteries also have a longer lifespan as well as being non-toxic when it comes to disposing of them. Disposal of LiCoO2 batteries is a huge concern for manufacturers and users due to their hazardous materials.

LiFePO4 batteries can also withstand higher temperatures without decomposing and the cycle life is more than 4 to 5 times that of other Lithium Ion polymer batteries, making them more economical.

The economical benefits of LiFePO4 cannot be ignored. Lithium Iron Phosphate batteries have a longer ‘shelf life’ than Li-Ion batteries because of their slow discharge rate and light weight, meaning you save money in the long run.

A LiFePO4 battery can be used for up to 3 to 7 years, making the average cost very affordable. Also, as LiFePO4 batteries have a high energy density, their cost-to-energy ratio is more effective when compared to LiCoO2 batteries.

In off-grid applications such as solar and wind, energy efficiency is of crucial importance. Lithium Iron Phosphate batteries charge at nearly 100% efficiency in comparison to the 85% efficiency of most lead acid batteries. Very little energy is wasted which is especially important when charging via solar. Theoretically, every ray of sunlight you’re able to collect before the sun goes down or gets covered by clouds goes into your batteries.

Furthermore, these batteries have a much higher charging and discharging rate, making them more efficient and able to deliver bursts of power in a short amount of time. Additionally, LiFePO4 batteries are developed to handle high currents, meaning you can easily use several devices at the same time.

LiFePO4 cells have a longer lifespan due to their slower rate of capacity loss in comparison to LiCoO2 batteries. After a year on the shelf, a LiFePO4 battery generally has approximately the same energy density as a LiCoO2 cell.

Lithium Iron Phosphate batteries have a lower environmental impact because they can be recharged inexpensively many times before replacing. These batteries can also be recycled to recover the various materials used within their electrodes, wiring, and casings. Posing less risk to the environment, buyers can choose to buy LiFePO4 batteries made from recycled materials.

In comparison to other lithium batteries, LiFePO4 uses non-toxic and more abundant materials that can be produced with less energy. 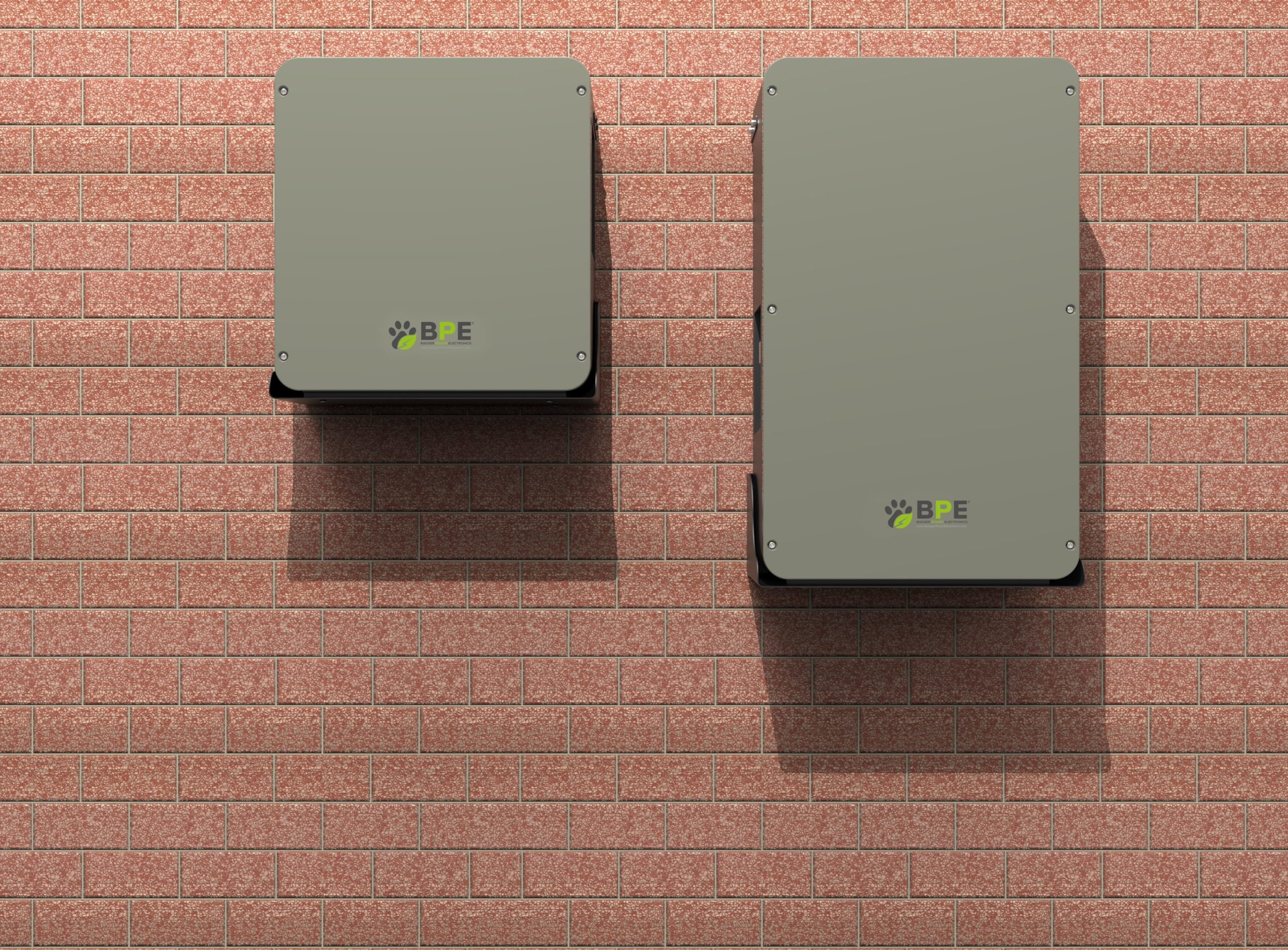 To summarise, when compared to traditional LiCoO2 and lead acid batteries, LiFePO4 batteries are generally more safe, economical, efficient, sustainable, provide a higher performance, and have a longer lifespan. They are the stronger choice when it comes to powering your renewable energy devices.

All of our batteries at BPE use the safe LiFePO4 battery technology which you can find out more about here.